We use craft extracts of the finest quality, for the most affordable prices. 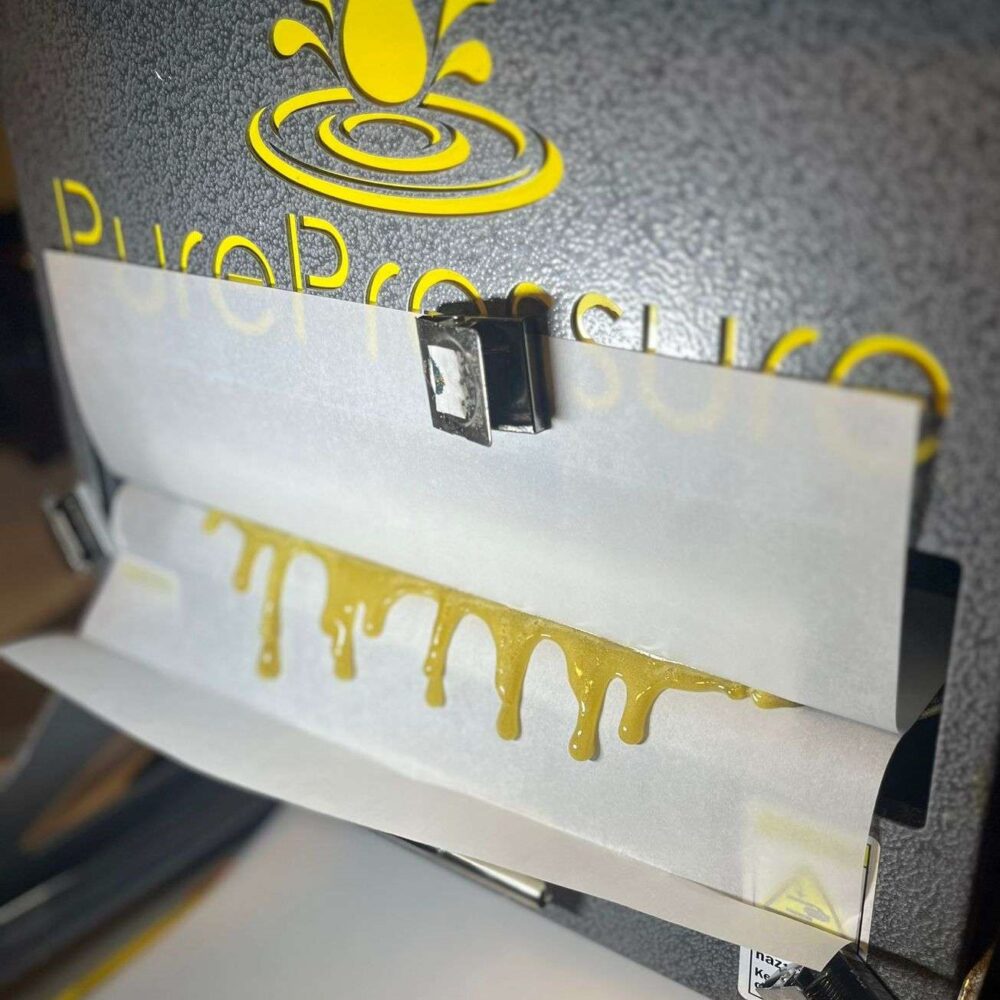 Why does the extraction method matter?

The extraction method of cannabis can often affect the potency of an extract, and help preserve essential terpenoids. Terpenoids are a wide ranging class of organic compounds which includes cannabinoids, terpenes, diterpenes, and sesquiterpenes. These compounds are usually isoprene changes with additional functional groups built around an oxygen molecule. Terpenoids particularly relevant to the product include cannabigerol, tetrahydrocannabinol, tetrahydrocannabinolic acid, cannabinol, and cannabidiol; as well as variable mixture of menthol, limene, myrcene, linalool, caryophyllene, Alpha and beta pinene, alpha bisabolol, eucalyptol, camphene, borneol,terpineol, Geraniol, and valencene to recreate the flavor and effects of the particular phenotype of cannabis being recreated. Terpene and Terpenoid content is widely accepted to heavily impact and define both the physical effects and the flavor of both cannabis and cannabis concentrates.

“Resin” describes the resinous glands of trichomes and the skunky terpenes and flavors that come with them. “Cured” resin starts with the cannabis carefully dried to preserve the potency and aroma of the original plant. Kush Masters then runs the dried cannabis through an advanced butane hash oil extraction process, also known as BHO. This uses butane as a solvent and is one of several popular solvent-based extraction methods in the industry. The solvent cannabis oil preserves all the terpenes, cannabinoids, and lipids by removing the trichomes from the rest of the plant. More work is needed to remove the butane solvent. Incredible heat and pressure is applied using a vacuum pump or oven to separate the cannabis wax from the butane. The result is the finest quality, buttery wax or we harden the extract into pure shatter for superior shelf life.

“Live” resin differs from cured resin extracts is the starting product is wet instead of dry. The process of crafting live resin is labor-intensive and meticulous to preserve the plant compounds that produce a more flavorful concentrate. The extraction method for both cured and live resin, however, is usually the same. Live resin is made by chopping and freezing the harvested cannabis right away to preserve the terpenes of the plant. The frozen cannabis is then quickly processed into hash using our perfected BHO solvent method. This extract has a unique sugary batter texture and a lighter color than cured resin.

This process uses a concentrate as a starting component called “rosin”. Rosin is a highly sought after solventless hash oil. Rosin is largely sought after because of a combination of its flavorful nature and the sedative, physically and mentally relaxing effects of its consumption as well as its potency when compared to similar concentrates made with chemical solvents (propane, butane etc.). It should be understood that the characteristics and qualities of rosin are highly desirable and owed to the rations of terpene and terpenoid blends common to rosin.

Rosin is created by removing the oil filled heads of the cannabis plant via agitation in extremely cold and pure water. This material is then sifted into particular micron densities and freeze dried creating a substance commonly referred to as Ice wax. Ice wax is then placed under a heated pneumatic press. This forces the oily heads removed from the cannabis plant to burst which releases a viscous sap like material which is then filtered while still warm.

Once cooled and collected this material now constitutes the concentrate commonly known as rosin which acts as the core materials used in the creation of this product. This material consists of a specific blend of terpenes and terpenoids in the ratio within the parameters of figure 3. It should be noted the substance at this point would be both too thick and too unstable for cart use due to the comparatively dominant presence of Tetrahydricannabinolic acid and natural plant wax and other lipids.

The fresh, frozen rosin is then filtered through a 100% solventless extraction system. This form of extract does not involve any solvents, such as butane or propane. To remove trichome heads from the cannabis plant we agitate the material in an ice cold water washing system. After agitation the final product is collected using a series of fine screens and creates “water hash”. The water hash is then freeze dried to provide even drying and to prevent microbial growth.

After the drying process the water hash can be sold as-is or taken a step further by creating “Live Rosin” using only heat and pressure. This live rosin process is done with the industry leading Pure Pressure Pikes Peak Rosin Press. This process allows us to capture the full spectrum of cannabinoids and terpenes to give the consumer the closest representation of the live cannabis plant and its effects.

Cannabinoids can be distilled from material in which cannabinoids are present. With short path molecular distillation even substances which test at as little as 40% cannabinoid content can be refined into a light yellow sap like consistency which has between 90 and 99 % cannabinoid content. In order to achieve these high purities it is common that as a first phase crude material intended for distillation will go through a process known as winterization.

Winterization is the process whereby a material is broken down in a chemical solvent such as ethanol and then brought to an extremely low temperature and kept there for an extended period of time. This causes a coagulation of waxes and other contaminant material within the mixture which allows for it to be mechanically filtered from the distillate starting material. Short path molecular distillation then takes this material and boils and recondenses it in controlled portions known as fractions.

It should be noted the variant of distillate used in the production for this product must be sourced from rosin in order to maintain the proportions of terpenoids integral to the end result of the product. Similarly the winterization process which is standard to distillate testing upwards of 90% cannabinoid content must be avoided to maintain the integrity of the solventless nature of the final product.

Nucleation and the formation of THCa crystals is an important aspect of the rosin distillate sauce blend is the added stability to the product. Particularly the process helps to prevent nucleation and the formation of THCa crystals. Nucleation in this case refers to the coagulation of waxes in rosin which causes a change in consistency to a waxier sugar after being exposed to a change in temperature.

The formation of THCa crystals refers to the separation of THCa from the homogenous mixture of rosin creating micro crystals changing the effects and consistency of the material.

BUY KUSH MASTER EXTRACTS FROM A COLORADO VENDOR NEAR YOU